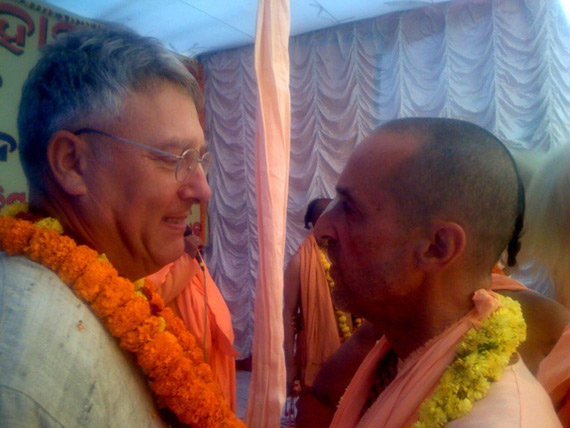 Sriman Bhakta das Prabhu, who openend many temples in the U.S. in the early seventies, was happily surprised to meet the new godbrother sannyasi Sripad Bhaktivedanta Parvat Maharaj in Puri.

Janaka Rishi, the name he got as brahmacary from Srila Prabhupada, was the first devotee to take books to airports for distribution.

He recieved sannyas from his godbrother Sripad Parvat Lokasarangi Maharaj, who recently obtained his own bhajan kutir on the Govardhan parikrama.