Hundred years ago most Hindus lived on a vegetarian diet, worshiped their deity, studied the Bhagavad Gita, Ramayana and other Vedic scriptures, chanted mantras and lived in harmony with nature, animals and humans. India has a rich spiritual living tradition which flourished and survived even during twelve centuries of foreign suppression. Although the religions of the Old Testament (Judeo-Christianity & Islam) invaded India to destroy Vedic religion, and they were successful to some extent, their final goal was not achieved. Vedic religion survived and in 1947 India became the largest democracy on this planet.

Surprisingly after India regained its independence it started to loose interest for its own spiritual tradition and practices. Shouldn’t India be happy to be free again? Sure it was, but then shouldn’t it dance in ecstasy and embrace it’s rich ancient tradition with more enthusiasm? During the last 60 years of independence more Hindus have abandoned their spiritual values than during twelve centuries of foreign rule (forced conversions do not count). It would be foolish to think that this is happening by chance. An ancient spiritual tradition does not disappear by itself at a point where it should be flourishing. So what is going on?

Basically the followers of the Old Testament have not given up. They have found new and more effective ways to destroy any tradition which could undermine their self-proclaimed "superiority". One of their key weapons has become their multinational Media companies. The Television and Print Media is a great means of molding popular opinion and they have been very successful so far.

One of the first movies to be produced in India were religious movies about the life of Sri Krishna (Mahabharata) and Sri Rama (Ramayana). This is what the religious and pious people of India wanted to see, their real heroes Whom they worshiped for so many centuries, and no doubt to see Them moving on Television was very attractive. This is how Television became popular in India. What the innocent population did not know was that the TV program was slowly to be changed as multinational Media companies (which are mostly owned by the followers of Judeo-Christianity) started to establish their presence on the Indian TV market. These Media companies know very well how people can be influenced to change their habits and beliefs by watching Television. Of course, to satisfy the Hindu population spiritual programs are still being broadcasted and the simple laymen might think that things are still alright. 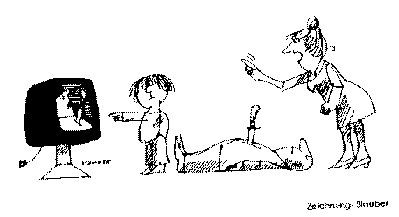 But how can a child or spiritually uneducated person differentiate what is good or bad if at morning the TV shows a sadhu reciting Vedic scriptures and singing mantras, at night a soap opera shows a husband having an affair with another woman and this is praised as real love, while the grandmother in the background is worshiping Sita-Ram? And at other times Hindu teens are shown going to McDonalds ordering a Chicken Burger with Coca Cola, and all this information is coming from the very same box? How can a child differentiate what is right or wrong if Mother says one thing and Father says another thing? It cannot, because both are his parents and the child is bound to become confused. 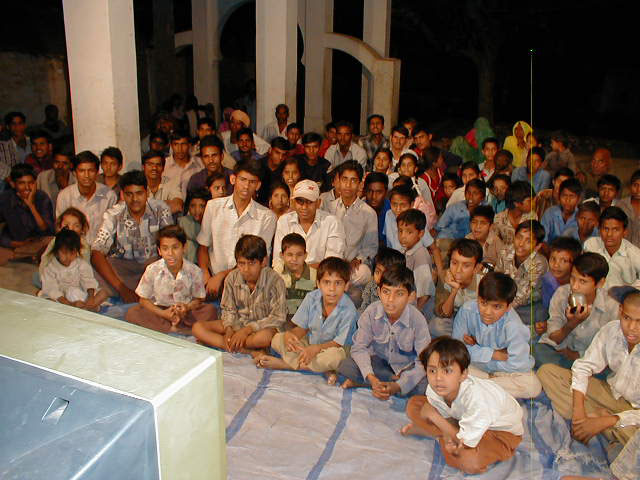 “While one can always explain a camera's intrusion into some facets of social upheaval as necessary in this age of information, the machine has the power — at least in the hands of an unfeeling individual — to facilitate rank invasion. The pictures that emerge can, then, be a source of provocation rather than pacifism.

Now, with children being some of the most eager spectators, screen horror, especially such liberal doses of it that is being beamed, has the potential to impair an impressionable mind. A recent survey by the Centre for Advocacy and Research along with Unesco and Unicef in some major Indian cities, including Ahmedabad, New Delhi and Hyderabad, found that the young had become more addicted to gruesome serials during the past several months. Television has in its own largely irresponsible manner tried to "satisfy" this apparently insatiable appetite that boys and girls have developed… A mother, for example, feels no remorse after murdering her son in a popular Hindi drama. There is a lot more destructiveness and brutality in some of the other serials. What is upsetting about this is that the perpetrators of crime are presented as heroes — polished, suave, rich and beautiful — and children are naturally bewildered when they find it hard to distinguish between the reel and the real world.” (The Hindu)

Srila A.C. Bhaktivedanta Swami Prabhupada knew how to counteract this situation, he said: "So in order to cure this disease, to awaken them to Krishna Consciousness is the best welfare activity in the world, para-upakara. Caitanya Mahaprabhu's mission is that. Janma sarthaka kari' kara para-upakara. India's mission is not that we colonize in other country and exploit them and bring money and become a lord (Like the Muslim and British rulers did with us, Editor's note). No. India's mission is how to revive Krsna consciousness throughout the whole world. That is India's mission. Revive Krishna-consciousness. Revive your Krishna consciousness, be fixed up in Krishna, and then distribute this knowledge. This is Indian mission. So it was… Caitanya Mahaprabhu has entrusted this missionary work to everyone."

If more people in India would follow this instruction given by Sri Chaitanya Mahaprabhu, then things in India would change to a positive and the agents of kali would have a hard time converting the innocent population to their religion of materialism and false values.

"It is the duty of everyone who has the great fortune to take birth in Bharat (India) to preach the glories of Sri Guru & Gauranga to every one in the world. This is the ultimate altruistic act that is beneficial for everyone" (Sri Chaitanya Charitamrita, Adi 9.41)

"To show them special mercy, I, dwelling in their hearts, destroy with the shining lamp of knowledge the darkness born of ignorance." (Bhagavad Gita 10.11)

"Wherever there is Krishna, the master of all mystics, and wherever there is Arjuna, the supreme archer, there will also certainly be opulence, victory, extraordinary power, and morality. That is my opinion." (Bhagavad Gita 18.78)