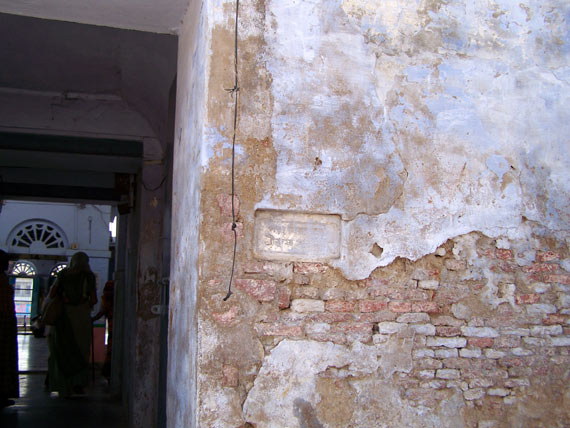 My name is Ravi das and I work with the Braj Foundation, we are working to restore the Environment and Heritage of the Braj Region.

A couple of days ago a devotee from Russia, Mother Tusti came into the office in Vrindavan where I work as a researcher and requested me to look at the Samadhi of Raghunath das Goswami in Radha Kund. She described the problems and asked if we could help restore the building for the pleasure of the devotee community. In Braj there are so many incredibly important places of pastimes, it is almost impossible to keep track of their condition of them all. So I took down the details and thanked the devotee for bringing the matter to my attention. 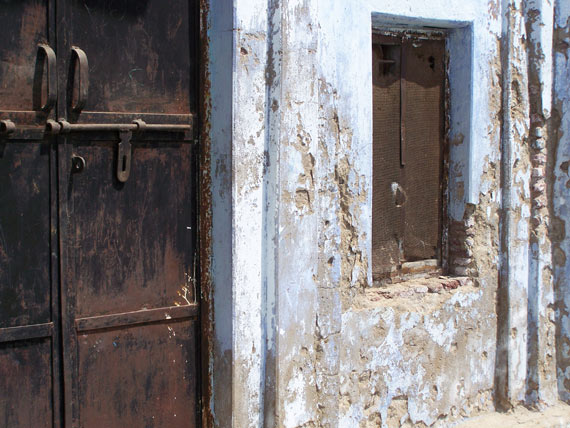 About an hour later another devotee, Mother Vrindavan Lila, from Africa arrived at the office and asked if I was aware of the condition of Raghunath das Goswami Samadhi! Non devotees might put such an experience down to coincidence. Personally in situations like these I always take it to mean that The Lord is inspiring the devotees to act on a particular issue. I concluded that we should do something as soon as possible. I requested the devotees to join forces and visit the Samadhi and take some pictures so we could draw up a proposal to restore the site. They both agreed and went the next day to do the needful.

When they returned they showed me the pictures, the recently restored structures had been just finished. Another devotee, inspired by The Lord and feeling in the same way had taken on the task to restore and repaint the entrance. I was pleased that the work had been carried out in such a speedy fashion, but a little sad that we didn’t get the chance to do some of the work ourselves. Then they showed me some pictures of some of the walls inside the building that still need some restoration, so Krishna was so kind He left a little for us to do!
My conclusion is that when the opportunity to render some service arrives we must grab it while we can.