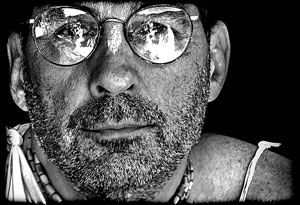 A. Srila Prabhupada did not evolve or create an entirely new system of initiation. He simply adjusted some of the details of Gaudiya Vaisnava initiation in consideration of unprecedented circumstances–those of worldwide preaching. The essential commitment of surrender to Sri Guru, and the central elements of initiation (vows, mantras, names) remained the same throughout his preaching years. Neither did he intend to personally initiate new devotees via delegated representatives (rtviks) after his physical departure and onward into perpetuity. This strange notion would set Srila Prabhupada and his institution apart from every other authorized Vaisnava devotional lineage, which is something that he would never do. In a conversation that took place on May 28, 1977, Srila Prabhupada did say that after his departure his governing commissioners could be replaced. Indeed, in that conversation he said that anyone who is deviating should be replaced. If he said the same regarding his rtvik representatives, it would still have nothing to do with continuing his line of disciplic succession (parampara). Why? Because rtviks are not themselves gurus even in the presence of the guru they represent, and after the guru departs the rtviks service of officiating on his behalf–rather than being enhanced–is terminated. Overall, the words of the guru must be understood in light of the scriptural conclusions (siddhanta) he or she represents. If our guru appears to say something that is a departure from authorized Gaudiya Vaisnava siddhanta, we must look beneath the surface for his actual intention, one that will be in concert with siddhanta. Bhagavad-gita says, evam parampara praptam. Parampara means one guru after another, thus scripture tells us that there must be another guru after the departure of Srila Prabhupada. If at that time none of his disciples are qualified to serve as gurus, then new devotees must look elsewhere for guidance and initiation. When such devotees find a qualified guru, they have in effect found Srila Prabhupada's line in a dynamic sense.

Krsna says in Srimad-Bhagavatam, acarya mam vijaniyat: "One should know the acarya as my very self." This means that ultimately Krsna is the guru. He is the spiritual potency in all gurus and when one guru departs, Krsna empowers another to do the work of delivering the fallen souls. This is the standard, scripturally correct understanding of how guru-parampara functions. Srila Prabhupada emphasized that his credibility rested in the fact that he did not concoct anything new but rather that he strictly followed our guru-parampara. The concocted rtvik idea of parampara has no precedent whatsoever in Gaudiya Vaisnavism. It is simply the result of gurus after Srila Prabhupada misbehaving, mixed with misplaced emotion. No other Gaudiya Vaisnava mission is troubled by this deviant notion, only Iskcon.

Q. In 1976 I met Srila Prabhupada and surrendered my life and soul to him, knowing in my heart that he was (and is) my eternal guru. His inspiration enabled me to regularly chant, follow the principles of Krsna consciousness, and work hard for the next ten years as an Iskcon devotee. I was not able to take formal initiation from him before he passed away but rather was initiated by an Iskcon zonal guru whom I didn't even choose. My initiating guru later fell down from Krsna consciousness altogether. Discouraged by the political atmosphere, I left Iskcon feeling that I had been cheated. Now when I visit Iskcon, if I express my feelings that Srila Prabhupada is my eternal guru I am treated like an outcast and told to get a new guru. At this point I am bewildered over this whole issue, have put aside regular chanting, and am ready to just give up. Will you give me some guidance?

A. The leaders of Srila Prabhupada's Iskcon have done a great disservice to him by promoting numerous unqualified gurus over the last thirty years. They have also vilified a number of qualified gurus, who while having an influence on Iskcon are not members. In doing so they have allowed institutional sentiment to overshadow siddhanta, and this in turn has opened the door for the newly concocted rtvik conception of guru-parampara. Although Iskcon officially opposes this conception, it is Iskcon guru misbehavior that spawned it and apasiddhanta on both sides that keeps it alive. You are one of the many casualties of this quagmire.

It is interesting to note that your particular circumstance requires careful consideration, consideration in which, arguably, sentiment may be given more weight than law. Yet according to you, Iskcon has only coldly cited the law. Seeing and serving one's guru, his entering one's heart, and then suddenly departing before granting one diksa–in my opinion this constitutes special circumstances. Add to this the abuse that you allege followed on the part of Srila Prabhupada's so-called representatives and the case becomes even more extraordinary. Knowing only what you have told me and based upon my own experience of similar circumstances that others were placed in, I would simply encourage you to continue your practice with your focus on Srila Prabhupada even though he did not initiate you. Indeed, there is no harm for you to think of yourself as Srila Prabhupada's disciple and much good could come from that.

However, I would add one important caveat to that. My advice is that you should be open to finding a highly qualified siksa guru to help you in your practice–one in whom you have natural affection and faith. The help of a siksa guru is highly recommended in scripture, and I know that after Srila Prabhupada's departure I was benefited immensely by the siksa and kindness of Pujyapada B.R. Sridhara Deva Goswami. By your candor regarding the state of your practice, you have underscored my point. It is spiritual practice that is all-important–discipline combined with the grace of Sri Guru makes one a disciple.

[Further information on this subject can be found in the following Sanga: Sri Guru and His Grace]