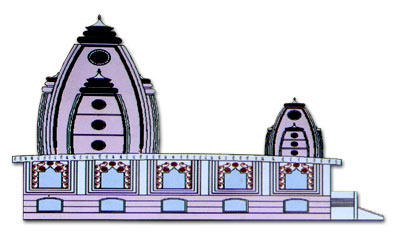 The importance of Ekachakra Dham to Gaudiya Vaishnavas is immeasurable. Even so, despite its spiritual significance, it is quite un-visited. This is mainly due to its rural location and lack of facilities for pilgrims.

To resolve this, we have plans to construct a beautiful temple and guesthouse. In this way devotees can come and relish the mercy of Lord Nityananda without having to worry about basic facilities. Presently we have a small ashram and a temporary temple of Sri Sri Gaura Nitai, but it is not sufficient to accommodate many devotees.

You can take part in the construction of this wonderful temple by sponsoring 1,2,5 or however many square feet that you can. The importance of such a project is immense as it opens the doors of Ekachakra Dham to devotees worldwide.

Do not miss this opportunity to be a part of this momentous undertaking. This is a perfect chance to serve Lord Nityananda. 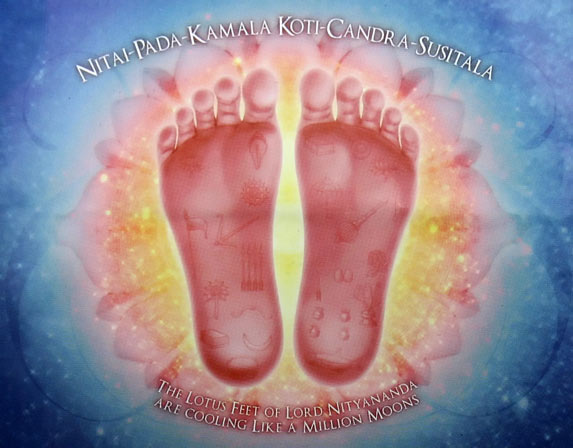 Ekachakra is known as the birthplace of Lord Nityananda Prabhu, who is understood by gaudiya-vaishnavas as being non-different from Lord Balarama. It is mentioned in the Chaitanya Charitamrita (Adi 13.61)

"In Radhadesa, the part of Bengal where teh Ganges is not visible, Nityananda Prabhu, Gangadasa Pandit, Murari Gupta and Mukunda took birth."

In the purport to this verse Srila Prabhupada gives detailed description of Ekachakra.

"The lotus feet of Lord Nityananda are cooling like a million moons."

One should take shelter in the lotus feet of Lord Nityananda Prabhu, for he is the original spiritual master. It is by the mercy of Nitai that we can obtain love of Krishna.

If one is not uttering the name of Nitai, if he is not begging for the mercy of Nitai, not serving Nitai, then he is engaged in this samsara-sukha—material enjoyment.

Lord Nityananda was born as the son of Hadai Ojha and Padmavati. He also had a brother by the name of Banka Raya. The Lord appeared here in the second half of the 15th century, around 20 years before the appearance of Caitanya Mahaprabhu.

Besides being the birthplace of Lord Nityananda, the Pandavas once resided in Ekachakra with Kunti-devi. They had gone into hiding after Duryodhana tried to kill them by burning down the palace they were staying in. During their stay, Bhima relieved the villagers of a demon by the name of Bakasura by killing it. 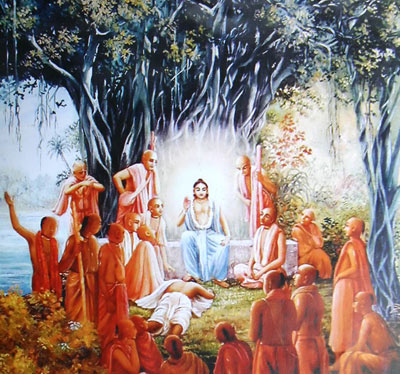 The village of Ekachakra was formerly located at the far east end of what is now known as Birchandrapur. It was centred around the Garbhavasa, Johnu Kunda, and the Bakulatala. After Lord Nityananda disappeared, the residents of Ekachakra left for other parts of the country and the village became deserted. A muslim settlement named 'Khalatpur' sprang up west of the Yamuna river, but Birchandra Gosai (the son of Lord Nityananda) later drove them out of the area and re-established the village as Birchandrapur. It was he who also established the Bankim Raya Mandir in this area. The river Yamuna, according to Bhakti Ratnakar, was previously very wide and lined with trees and flowering creepers on both sides. Many animals also dwelt in this forest. Now these forests have largely died out and the Yamuna is a small creek during most months of the year. At present, approximately 4,000 residents live in the combined Birchandrapur / Ekachakra-gram vicinity.

There are many temples and pilgrimage spots in Ekachakra Dham. These include the Bankim Raya Mandir, Bhandisvara Mandir, Nityananda Janmasthan. There are also the samadhis of several goswamis in the Nityananda line. Most of these temples are not well maintained and in disrepair. We hope that by increasing the accessibility for devotees to visit Ekachakra, it will increase the awareness of these holy places.