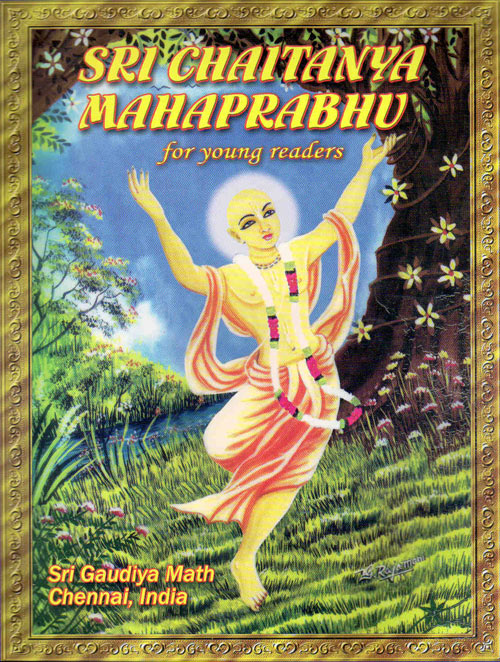 This book is intended to bring to the attention of young readers, a brief introduction of the holy life of Sri Chaitanya Mahaprabhu; the Founder of Gaudiya Vaishnavism and the Redeemer of the people of Kali-yuga through Krishna Nama Sankirtan. The Divine Incarnation of Sri Chaitanya Mahaprabhu appeared more than 500 years ago as the combined manifestation of Sri Radha and Sri Krishna. During His sojourn of 48 years in this world, He showed His Divine powers to several of His intimate associates. Most of His contemporary biographers and disciples, such as Murari Gupta, Svarup Damodar and Lochandas have recorded His early miracles and Divine powers.

He became an accepted scholar in Sanskrit at an early age of ten. At sixteen or seventeen years of age He got His spiritual initiation from Iswar Puri at Gaya. He embraced Sannyas under the guidance of Sri Kesava Bharati at the age of 24. He visited numerous places in south India up-to Capecomorin in two years and returned to Puri. Later He visited Vrindavan, Gaya and Benaras. His last 18 years were spent at Puri. His life was one of settled love and piety with humility personified. The religion preached by Sri Chaitanya Mahaprabhu is universal and intended for all classes of people without distinction of caste or clan. He is perhaps India's first non-violent fighter against age-old superstition, caste distinctions and other follies of religion. He preached spiritual brotherhood.

To my knowledge this is perhaps the first book on Sri Chaitanya's life illustrations for young readers.

Books can be ordered by e-mail: