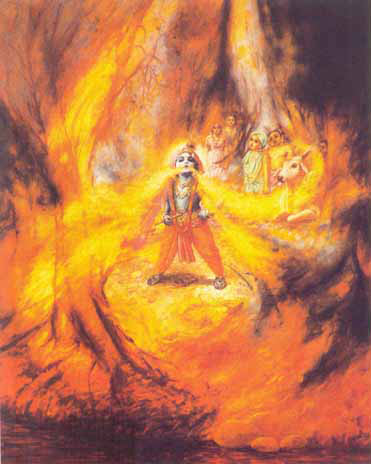 Friends of Vrindavan celebrates the World Forestry day in its Operational office situated at the Chhota Munger Mandir, Vrindavan. The event was celebrated by launching the season’s plantation drive of the organization and a seminar on the degradation of the natural resources.

Addressing the public meet at the FoV office, the Regional Officer of the U.P. Pollution Control Board, Mathura said that the trees are the only supplier of the oxygen. It cannot be produced in any industries. Oxygen is the life source of a human being. So massive plantation drive along with conserving it is quite essential for our future generation’s survival. Meanwhile the U.P. Forestry representative Mr. O.P. Sharma declared that the Forestry department has allowed FoV to maintain the trees planted by the Forestry in Mathura – Vrindavan & Chhatikara – Vrindavan road. Further the U.P. Forestry will work in coordination with FoV.

Mr. C.P. Bhabuta, Patron – in Chief of FoV said that he has witnessed the deforestation taken place in last forty years in Braj. His association with FoV inspires him to support the initiatives of the tree plantation in Braj region.

Dr. Om ji, Director of the Vrindavan Public School insisted in the Rainwater harvesting along with caring the trees. He said that the children of his school are committed to support any initiative by the organization to upgrade the ecological conditions.

Mr. Devendra Sharma Ex-official of the Vrindavan Conservation Project of the WWF – India said that each person uses the wood equivalent to eight trees in his lifetime. So, it is our duty for the Mother Earth to return what we take from her.

Swami Ram Devanand Saraswati, one of the prominent saints of Vrindavan presided over the function. He said that the policy of the state government has to be changed. The state has been donating forestry lands for free to the influential people for the projects of their vested interest. Vrindavan is a victim of this arbitrary policy. He appreciates the endeavors of FoV and asks it to form a pressure group to take the voice of Vrindavan people to the State Government.

The Director of FoV elaborated its future plans of the year and declared that FoV will adopt one section of the Parikrama for beautification in which huge numbers of trees will be planted and be taken care. He also said that FoV endeavors to work for the beautification at the entrance road of Vrindavan with the partnership of the local community. The programme will be implement through the three-tier partnership between the Forestry – local community and the NGO.