The year 2007 opened with a very auspicious beginning. Never before did most missions of the grand-disciples of Srila Bhaktisiddhanta Sarasvati Thakur join togther to visit the holy places in Gaur mandal. Two buses and a jeep filled with over 50 sannyasis, many acaryas such as Gopananda Ban Maharaj and some Brahmacaries. They came from everywhere and were of all age groups. It all started in the Sri Chaitanya Gaudiya Math. The event is filmed and reported by Lalita Krishna Prabhu, the chief editor of the Gaudiya from Chennai. Sponsored by Sriman Sankarsan das Brahmacary from Costa Rica this event was organized in India. The World Vaisnava Association has been proposing common activities and festivities amongst all different member missions. But it takes a pioneer spirit to actually get it done. With a big picture of Srila Prabhupada and Sri Gauranga the group will visit all those shrines where the associates of Mahaprabhu appeared. We can imagine the joy the residents will feel to see such a unique group of tyagis coming, singing and dancing to offer their respects to their Vaisnava forefathers. 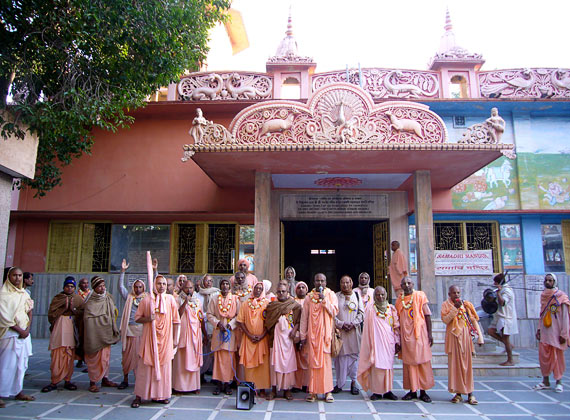 At the birthplace of Mahaprabhu. 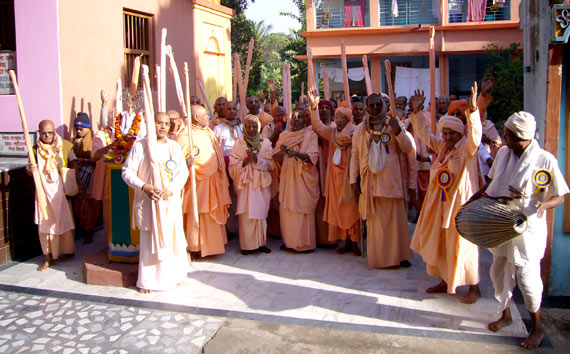 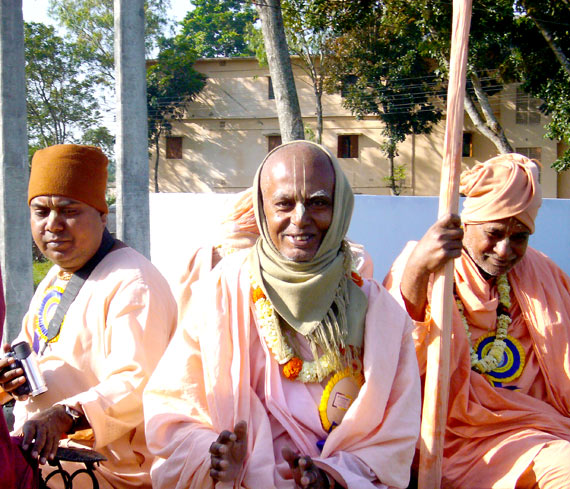 The tree under which Mahaprabhu took birth. 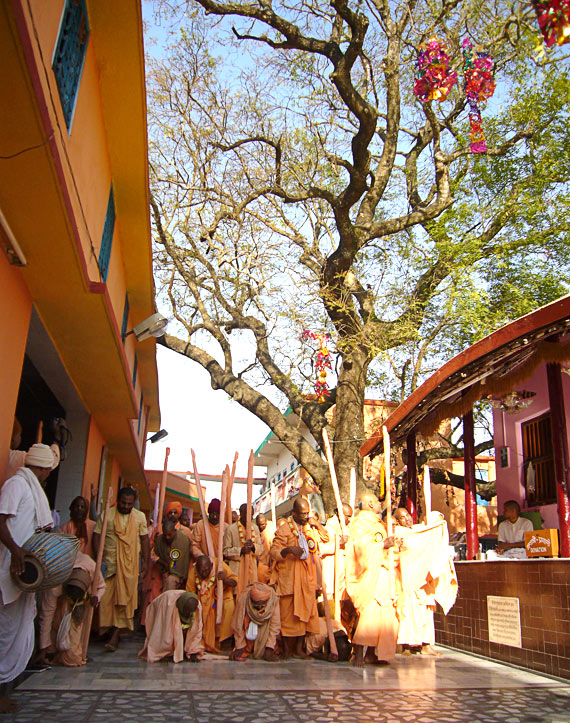 In the Samadhi Mandir of Srila Prabhupada. 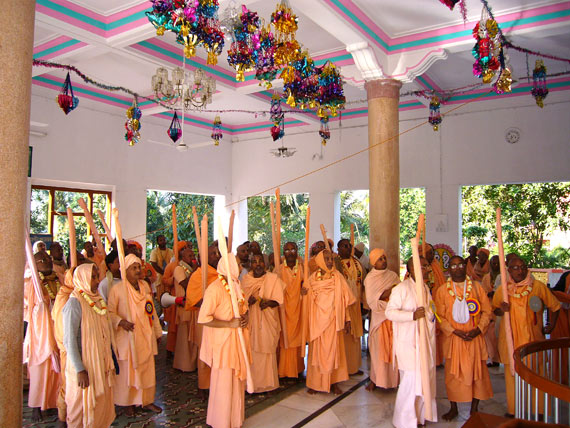 On the road with two busses full of Vaisnava sannyasis. 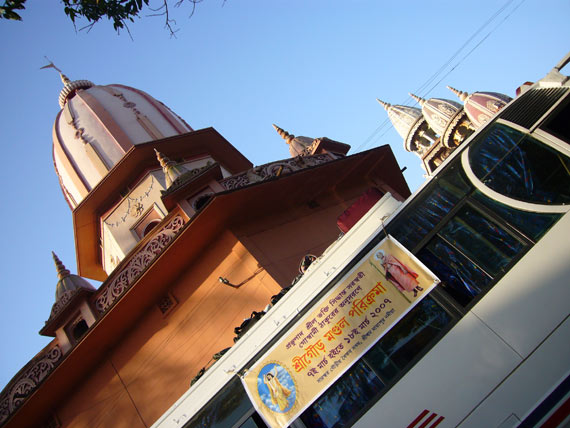 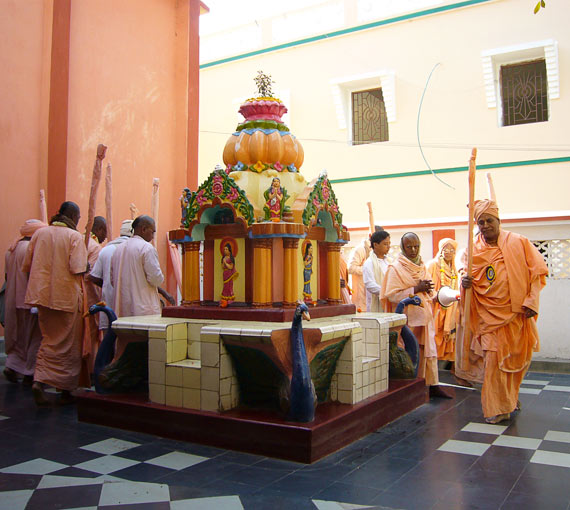 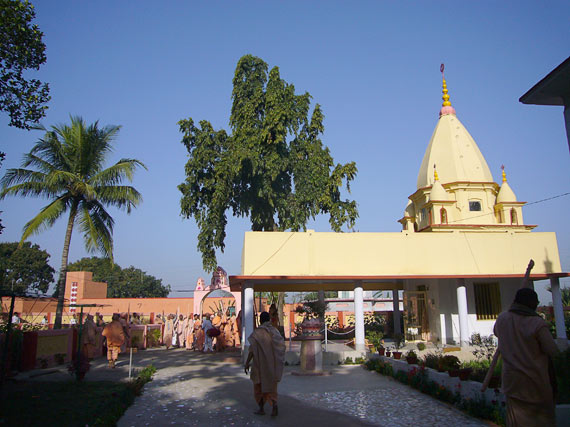 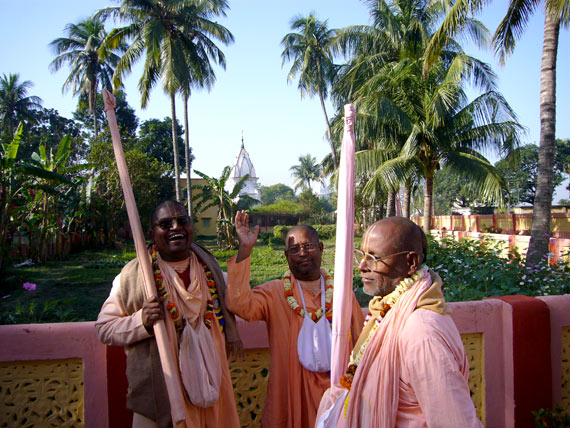 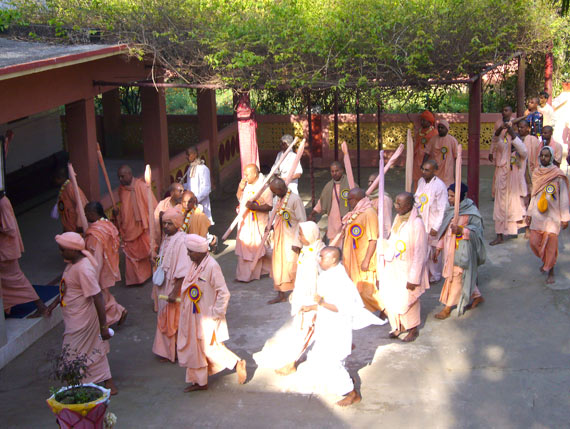 Asking the blessings of Sri Sacinandana Gaurahari to travel all over the holy places of Mahaprabhu and his associates. 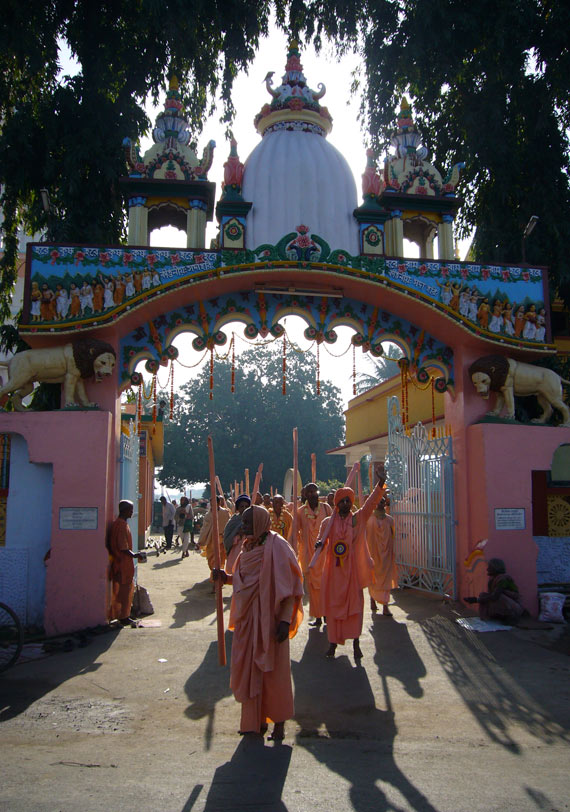 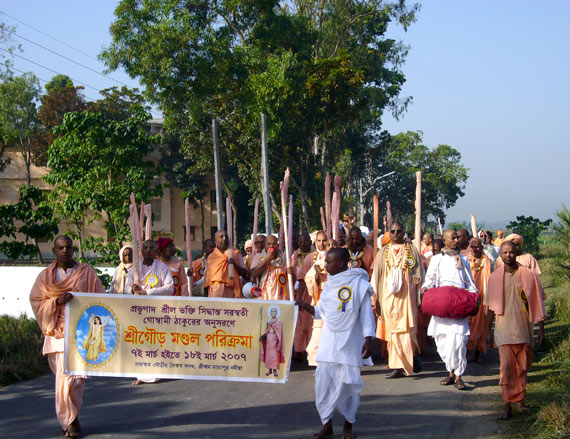