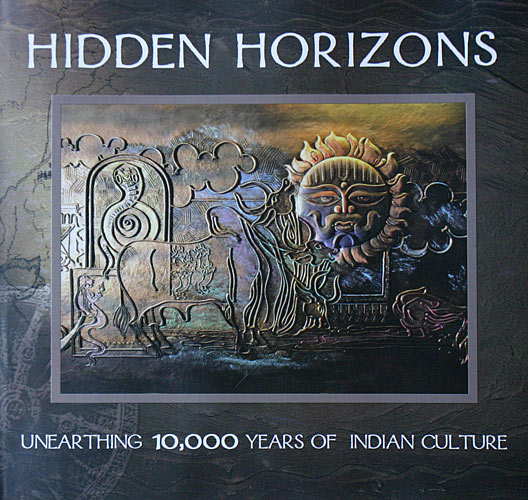 "Hidden Horizons – Unearthing 10,000 Years of Indian Culture" explores the recent research in archaeology, geology, ecology, linguistics, science, marine archaeology and other relevant fields which throw light on the real history of India. Scholars worldwide agree that this new evidence dispels all the old myths and opens the horizons for a new era of understanding – an era which restores India's true place in world history as a nation with a rich ancient tradition and a civilization that has existed for over 10,000 years.

1. Natural history of tropical Asia shows that the origins of Indian civilization go back to the end of the last Ice Age, more than 10,000 years ago.

2. Archaeologically, India has the most extensive and continuous record of all ancient civilizations, much more than Egypt, Sumeria or Mesopotamia of the same time periods. Yet its role as a source of civilization has largely been ignored by the historical biases of the West.

3. The Vedic literature is the ancient world's largest, with its many thousands of pages dwarfing what little the rest of the world has been able to preserve. This literature reflects profound spiritual concepts, skill in mathematics, astronomy and medicine, special knowledge of language and grammar, and other hallmarks of a great civilization. It cannot be attributed to nomads and barbarians or to the short space of a few centuries.

5. Greater India, which included South India, was the home of most human populations which migrated after the end of the Ice Age when the water released by melting glaciers flooded the region around ten thousand years ago. Greater India, not the Middle East, is the likely cradle, not only of populations, but culture and agriculture as well.

6. The Sarasvati River, the dominant river in India in the post-Ice Age era, after 8000 BCE (10,000 BP), and the main site of urban ruins in ancient India, is well described in Vedic texts. It ceased to flow around 1900 BCE (3900 BP), making the Vedic culture older than this date. All stages of the development and drying up of the Sarasvati can be found in Vedic texts down to the Mahabharat, showing that the Vedic people were flourishing along the river at all phases.

7. There is no scientific or archaeological basis for any Aryan or Dravidian race, which are now discredited concepts. No skeletal remains of the so-called Aryans have ever been found in India. Whatever remains have been found are similar to the existing populations in the country going back to prehistoric times. There is no archaeological evidence of any Aryan invasion or migration into India but only the continuity of the same populations in the region and their cultural changes. This requires that we give up these old ideas and look at the data afresh apart from them.

8. Connections between Indian languages and those of Europe and Central Asia, which can be found relative to both Sanskritic and Dravidian languages, are more likely traceable to a northwest movement out of India after the end of the Ice Age. The late ancient Aryan and Dravidian migrations, postulated to have taken place c. 1500 BCE (3500 BP), into India from Central Asia of Western linguistic theories occur too late, after populations and cultures were already formed, to result in the great changes attributed to them. Besides no records of such proposed invasions or migrations have yet been found. Archaeology, literature and science, including genetics, all contradict it.

9. Vedic spirituality of rituals, mantras, yoga and meditation, based on an understanding of the dharmic nature of all life, created the foundation for the great spiritual traditions of India. It emphasized individual experience of the Divine and spiritual practice over outer dogmas and beliefs. Such a spiritual ethos is the fruit of a great and mature ancient civilization.

10. The Hindu view of time, through the Hindu Yuga theory, connects human history with natural history of tens of thousands of years marked by periodic cataclysms and makes sense in the light of new scientific discoveries relating to natural history through genetics and climate changes So the Hindu Yuga theory may be seen as a way of describing the renewal of habitation on earth in phase with the climate cycles.

11. This ancient, eternal Vedic culture is still relevant to the world today and lives on in the great ashrams, mandirs, and spiritual practices of India. Reclaiming this ancient spiritual heritage of India and spreading it throughout the world is one of the greatest needs of the coming planetary age, in which we must go beyond the boundaries of creed and materialistic values.