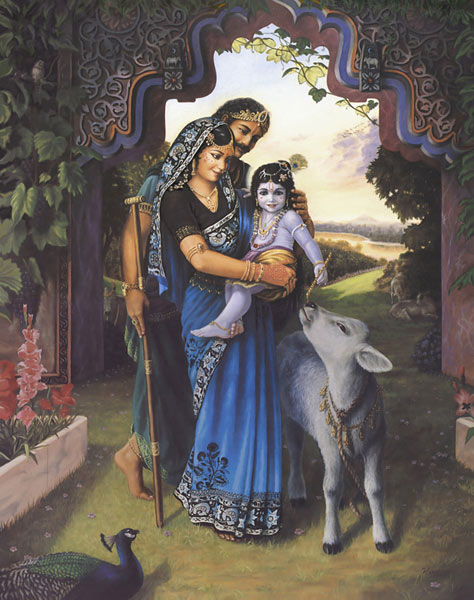 Dear devotees of God and followers of Sanatan Dharma,

Once again I want to raise my voice on the topic of abortion. We all pride ourselves about our love for children. The sweetest discriptions are given to our children: future of the world, Darling, gifts of God, etc.

At the same time we have, even in India, the most superficial attitude about killing unborn babies.

Harmless sounding expressions such as removal of tissue or undesired pregnancy interruption are used to describe what is nothing less than the hard struggle of a little human being to avoid the deadly instruments of the abortionist who is a professional who eliminates the little fetus up to the point of crushing his skull.

In USA, a film was made about an abortion in ultra sound. The film was named "The Silent Scream" . It documented the killing of the baby which revealed the intensity of the hopeless struggle the baby made for his life. The baby's heartbeat went up to 200 when it realized that it was attacked and with many violent moves he tried to avoid the abortionist's lethal knife.

Whoever sees this documentary knows that abortion is the killing of an unprotected little human being.

And this is going on in India as well. In addition abortion is mainly done on little girls by their parents who want to avoid the future expense of dowry.

What are the Indian sadhus and leaders of ashrams and spiritual institutions doing about this adharmic crime situation? Very little if anything at all.

Silence in the face of brutal assassination of little human beings is very close to approval.

India, the land of yajna, pilgrimages, melas, pandal programs and tons of spiritual publications with famous sadhus circling the globe is not manifesting any massive protest and education about the reality of abortion. I consider this a great calamity.

Whoever has any material of any Vaisnava acarya regarding the subject of abortion please send it to us to provide this information to all other preachers.

Hopefully we can make a presentation in a joint way to encourage Vaisnava and Sanatan dharma missions to take a stronger stand on the issue of abortion to try help people to not get involved in such terrible karmic activities!

Recently in South America a documentary was made to open the eyes of the public in this connection. You can download the material of this dvd from video.google.com. Or you can order the dvd from pswami@vrindavan.org (The text of the dvd is in spanish)