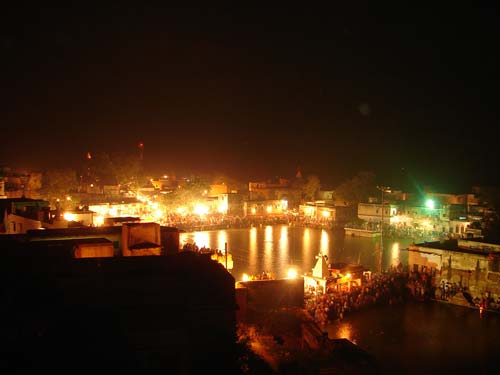 The Origin of Radha-kunda 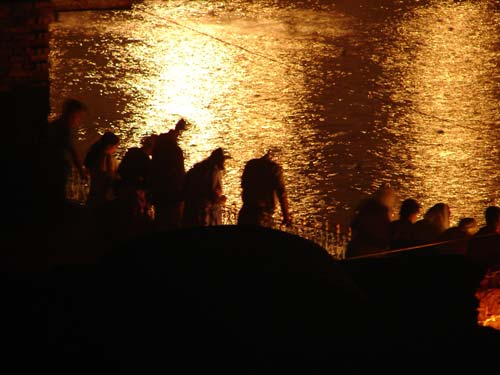 After killing a bull-demon named Aristasura, Krishna approached Radharani to engage in loving affairs. However, She rebuked Him, stating He was impure because of committing the sin of killing a bull, the symbol of religion. She suggested that to counteract this sin He should bathe in all the sacred rivers.

Krishna, being eager to engage in loving affairs with Srimati Radharani, immediately shoved His lotus foot into the ground, making a large hole, and called all the sacred rivers to enter into it. They appeared before Him and formed Syama-kunda (the bathing place of Syama–one who is the color of a dark rain cloud).

After bathing, Krishna stated that He had become pure by bathing in Syama-kunda, but that the gopis had become impure, having sided with a demon, even though he appeared in the form of a bull. Radharani, along with some of Her gopi friends, broke their bangles and dug a hole with the broken pieces. But there was no water – so Krishna laughed. The gopis then formed a line to the Manasi Ganga and started to fill the hole with water that was passed from one gopi to another. At that time, all the sacred rivers again arrived in person and requested permission to enter into Radharani's kunda, which they did after receiving Radharani's blessing.