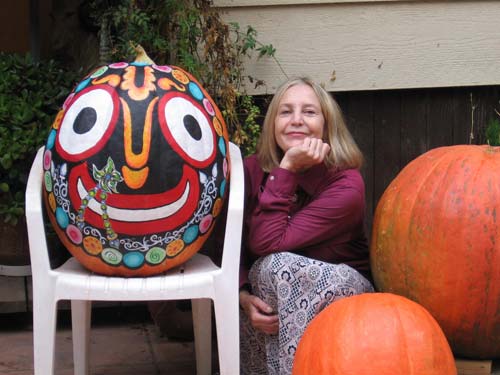 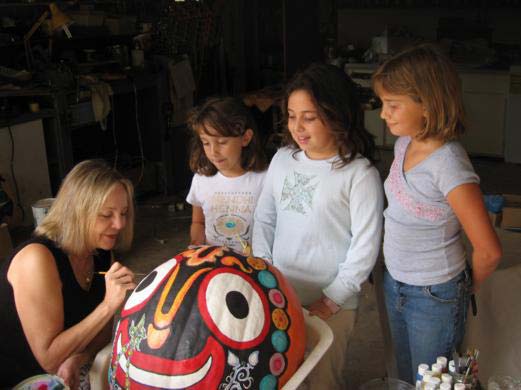 In the Wednesday October 4th, 2006 issue of the Ojai Valley News, the big beaming smile of Lord Jagannatha appeared on the back page in full color! This was accomplished by taking advantage of the Halloween season and a 120 lb pumpkin that was grown in the computer controlled 700 Sq. Ft. Raised Bed Vegetable Garden at the American Vedic Association. After growing the behemoth gourd, Adhoksaja Devi Dasi decided to paint it with the beaming smile of Lord Jagannatha instead of the more common haunting expressions like the seasonal Jack-O-Lanterns. When the artwork was done it immediately attracted the attention of the local neighborhood children and that gave her the idea to have her creative expression photographed and sent into the local newspaper.

The editors of the Ojai Valley News recognized the extraordinary nature of the photo and entitled the photo “Great Pumpkin”, although they had no way of knowing just how "Great" a pumpkin with an image of the Lord of the Universe on it really was!